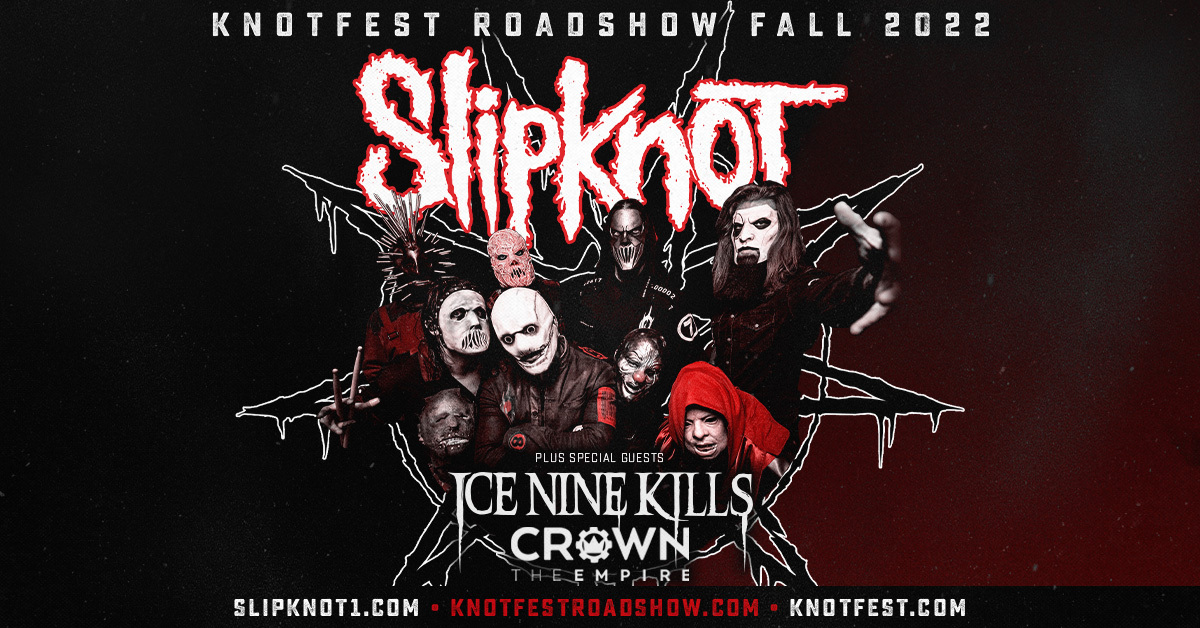 The wait is finally over, Slipknot fans! The metal legends will be performing at the Dos Equis Pavilion on Wednesday, September 28th, 2022 as part of the Knotfest Roadshow.

This will be Slipknot’s first show in Dallas in over two years, and fans are already clamoring for tickets. The eight-piece band is known for their intense live shows, which often involve pyrotechnics and elaborate stage setups.

So if you’re a fan of Slipknot, or just metal in general, make sure to catch them when they come to town next year. It’s sure to be a night to remember.

Tickets to Knotfest Roadshow: Slipknot at the Dos Equis Pavilion are selling fast, buy yours now whilst some are still available.