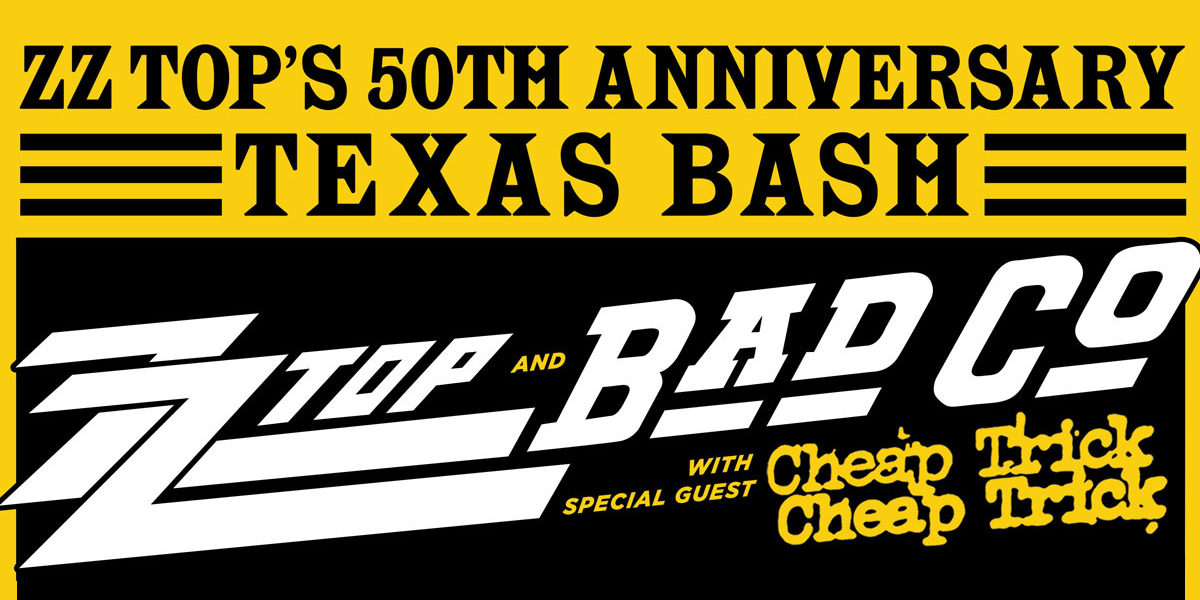 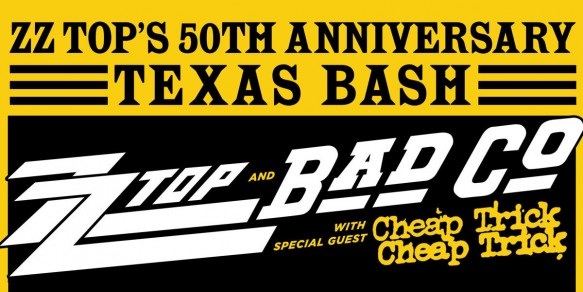 ZZ Top are coming to the Dos Equis Pavilion for their 50th Anniversary Texas Bash on Friday May 17th with Bad Company and special guest Cheap Trick!

Rock and Roll Hall of Fame inductees ZZ Top are coming on strong with their 50th Anniversary Texas Bash celebrating a true career milestone with three key performance dates set for three “Texas towns” this May.

The Texas Bash concerts launch ZZ ’s anniversary tour that has them rocking across North America and onto their UK and European shows throughout 2019.

Whilst ZZ Top are on a larger anniversary tour, the 3 dates in Texas are very special and in high demand. IF you want to join the Texas Bash and be part of history, buy your tickets now because it’s the right thing to do!