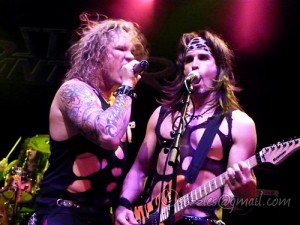 Steel Panther an extremely well-known Los Angeles based glam metal band founded will be seen performing live in  Dallas. This season the band started by the former LA Guns vocalist Ralph Saenz will be taking the music scene by storm. The concert will be held at the Gexa Energy Pavilion on the 1st of June 2014. The band has earned a reputation for their  energetic live performance and this is indeed one of the highly anticipated shows to hit the music scene in Dallas. Make sure to book your tickets in advance.