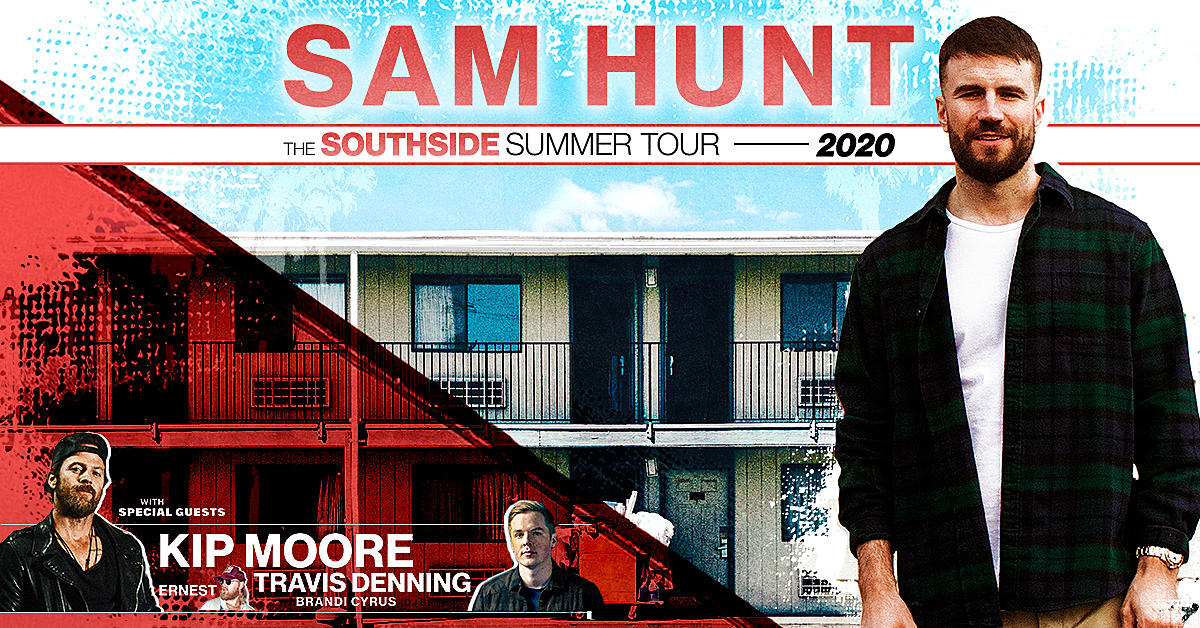 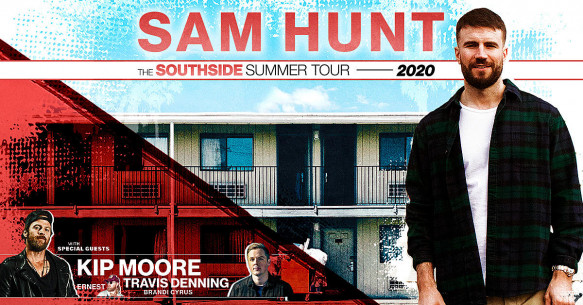 Sam Hunt is hitting the road for  his “Southside” tour.  He’s taking  Kip Moore and Travis Denning along for the outing, and they’re headed to the Dos Equis Pavilion on Saturday, September 12th 2020!

Credited for writing songs for Keith Urban, Kenny Chesney, and Reba McEntire before embarking on his own solo career, the Academy of County Music Awards and American Music Awards winner, also announced the release of a new album which his latest tour will be in support of.

Watch him perform his chart topping hits “Body Like A Back Road” and “Leave The Night On” on a fun-filled night to remember. Book your tickets now!