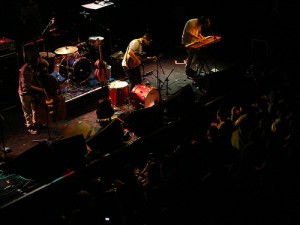 The Gexa Energy Pavilion presents the musical genius of Mumford & Sons. The musical band known for its folk and expertise in bluegrass was formed in the year 2007 in London. The band will be performing to some of their all-time hits and will surely win the hearts of the fans all over again. The band is due to perform on the 18th of September 2013. Their debut number ‘Lend me your Eyes’ has been a hot favorite among music lovers of this genre.