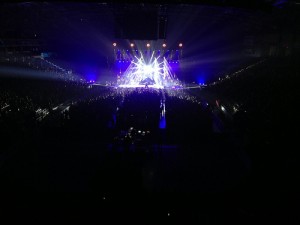 Motley Crue the legendary rock band has announced its breakup and as a tribute to their fans and to rock music they have set out on a farewell tour this season. Watch the band in their last time ever performance on the 16th of July 2014. The band will be seen performing live with another legend Alice Cooper at the Gexa Energy Pavilion this July. Make sure to not miss out on this once in a lifetime event.