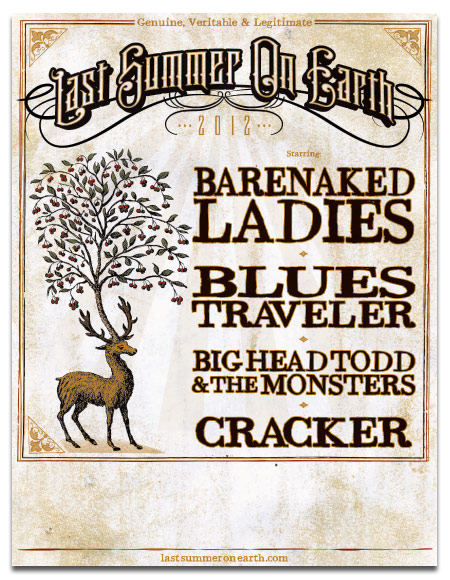 If it were literally the ‘last summer on earth’, you’d feel down and depressed, right?  But not when you’re in the company of the Barenaked Ladies.  Yes, these guys provide alternative rock music with a laugh trip.  They bring the house down with their humorous banter, impromptu rap and song adlibs.  Their signature comedy-rock delivery has spawned alterna-rock staples such as “One Week”, “The Old Apartment, “Pinch Me”, along with the theme song for the TV sitcom ‘The Big Bang Theory’- “History For Everything”.  Yet The Barenaked Ladies’ achievements are no laughing matter.  Their chart and record sales success spans over 15 million records sold, plus awards and nominations from the Juno Awards and the Grammys.