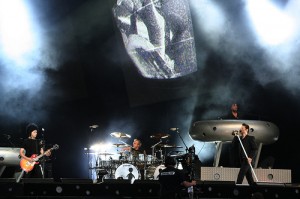 The Gexa Energy Pavilion is the place to be this September as the legendary Depeche Mode will be performing live at the venue. The popular band known for its chart-topping music will be performing live in Dallas on the 20th of September 2013 at the Gexa Energy Pavilion in front of the gathered fans. The Depeche Mode, an alternative band originates from England and was formed in 1980’s. This band with its music has emerged as one of the most successful in the 80’s.