Boston – The Band & Joan Jett and The Blackhearts

Boston – The Band & Joan Jett and The Blackhearts 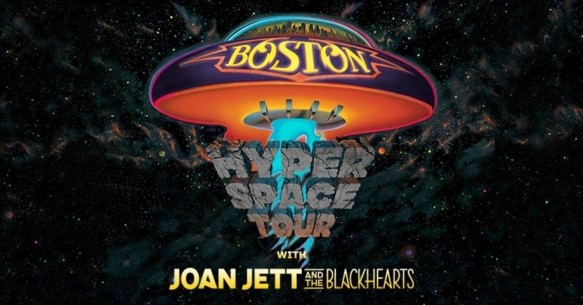 Boston welcomes Joan Jett and The Blackhearts to their Hyper Space Tour and will be coming to the Starplex Pavilion, formerly the Gexa Energy Pavilion, on Friday 30th June!

Always a huge crowd pleaser with their high-energy stage show, other-worldly sound, and exceptional musicianship, BOSTON prides itself on performing a totally live show, delivering an extraordinary experience that is faithful to their studio recordings.

Unlike most bands at the time, all of BOSTON’s albums were conceived in a basement, written, produced and recorded by Tom Scholz, an MIT graduate who designed specialized equipment to capture the songs that he heard in his head. Scholz created his music with the intention of playing it live, in real time with real musicians, making it one of the few bands in history to reproduce seemingly-impossible-to-perform productions on stage, without the use of prerecorded music or technical enhancements.

The timeless songs appeal to young and old alike, so it’s not surprising tickets are already starting to sell out. If you want to see Boston and Joan Jett and the Blackhearts at the Starplex pavilion buy your tickets today to avoid disappointment.