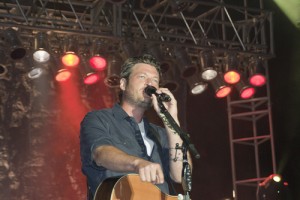 Blake Shelton, The Band Perry & Neal McCoy are geared up to stir things up in Dallas as far as the music scene goes. The trio will be seen performing at the Gexa Energy Pavilion on the 21st of June 2014 and this is one concert that should not be overlooked as it is known for its high paces, stellar entertainment quotient. Blake Shelton will be headlining the event with the likes of the charismatic Neal McCoy and the peppy Band Perry. The concert will feature some of the most popular and most loved songs by the artists.